Our time in Estonia

Shelley and I decided on the budget option for travel out of Russia as we made our way to Tallinn in Estonia. We took our last trip on the Russian subway system as we made our way from St. Petersburg to Tallinn by Ecoline bus. To our pleasant surprise, the buses were comfortable and quite roomy with a personal TV at each seat, and free tea and coffee. The total trip was quite long, over 7 hours, but approximately 2 of those hours were for boarding crossings. We were both still a bit nervous as we exited out of Russia, hoping all would go well. Other then the amount of time it took, we crossed the border into Estonia without incident and were glad to be heading to new adventures, even though we did enjoy our time in Russia.

Given our rather large taxi bill getting from the airport to our hotel in Moscow, we were determined to use public transportation in St. Petersburg and Estonia, despite the lugging of our backpacks and various food bags from the bus trip. We had planned out the route prior to arriving in Tallin, but of course nothing is as easy once you get there. However, to our surprise, we found a couple who spoke great English and were actually willing to help us! This had not been our experience over the last week so it was refreshing to have other people willing to communicate and who seemed genuinely interested in lending a hand to foreigners.

We were pleased with our room at Fat Margarets as it was large and close to everything. We went into the old town and did a free tour being run by students. The young lady who did our tour was very funny and recalled the last 800 years of Tallinn's history, mostly joking about their constantly being occupied. There was only one time they were unoccupied and it lasted for less than 24 hours before they became free from Russia in 1991. While they were Communist and had to answer to Russia, they wanted to rebuild a cathedral bombed during the takeover. So they applied to Russia and were denied because, she said, "Russia is atheist country." So they tried to apply to renovate it into an art gallery,"because everyone loves art right?" No. Denied. So they applied to build an atheist gallery. They were approved for more money than they knew what to do with. So the reconstruction began, took 30 years to do and then they had nothing to put into it. What do you put in an atheist gallery? So they just continued to build and refurbish. And now it's a church 'cause they're free! Even though most Estonian's are pagan still!

We visited a trendy hipster area for a day, an old factory area redone as chic boutiques and craft beer stores and restaurants built into metal containers/old railway cars. We gathered the makings of a fine dinner there. I decided to go for a swim in the Gulf of Finland (Baltic Sea) right around the corner from our rooms. It was bloody cold and not as salty as the Pacific but once I was numb it was okay!

On our last day we walked around different parts of the old town. In a Russian church icon store we asked the salesperson why there was so much Russian Orthodox paraphenelia available if Russia is predominantly atheist. She said they are all Catholic in Russia so what does a person believe?!? I was getting a haircut and during the haircut a couple of jets flew overhead. We had seen this on the previous 2 days around 4:00 p.m. But it was 11:00 a.m. According to the women in the salon, NATO patrols the Estonian airspace as Russian military airplanes are still flying over regularly. They were not amused so we told our Russian arrest story. A lot of tsking went on! Russia is not loved here that's for sure.

There are so many stores selling Baltic amber it's incredible. Kellie bought a beautiful butter cream amber ring. I looked at some necklace and earring sets on the last day but decided that since the Euro is so high I would pass. Yes Estonia uses Euro which did not please us at all. We thought that we would on!y have to use the Euro in Greece for a few days. Anyway, Tallinn is well worth a visit and we are glad we came. 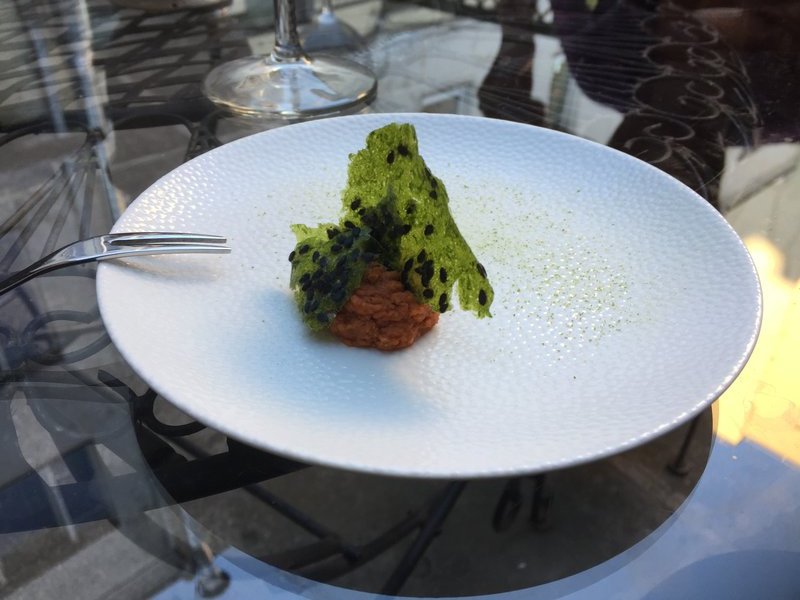 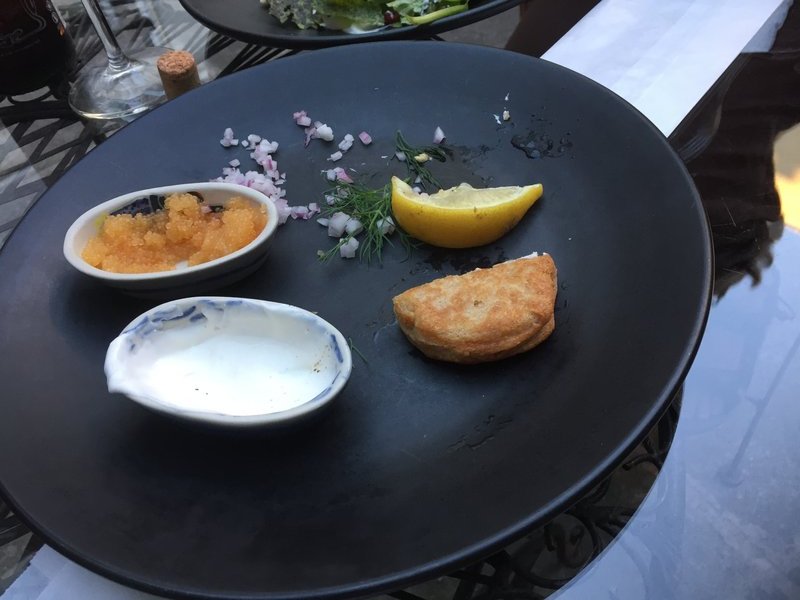 Oops we ate it! 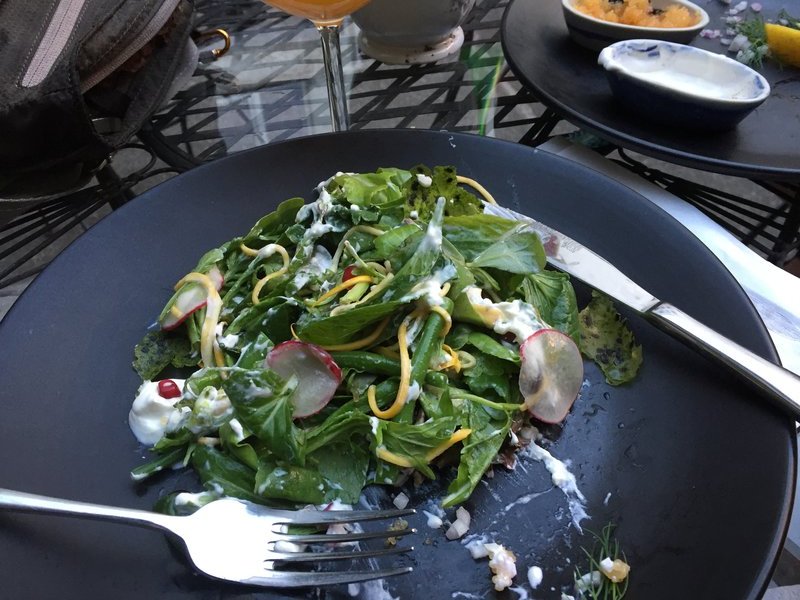 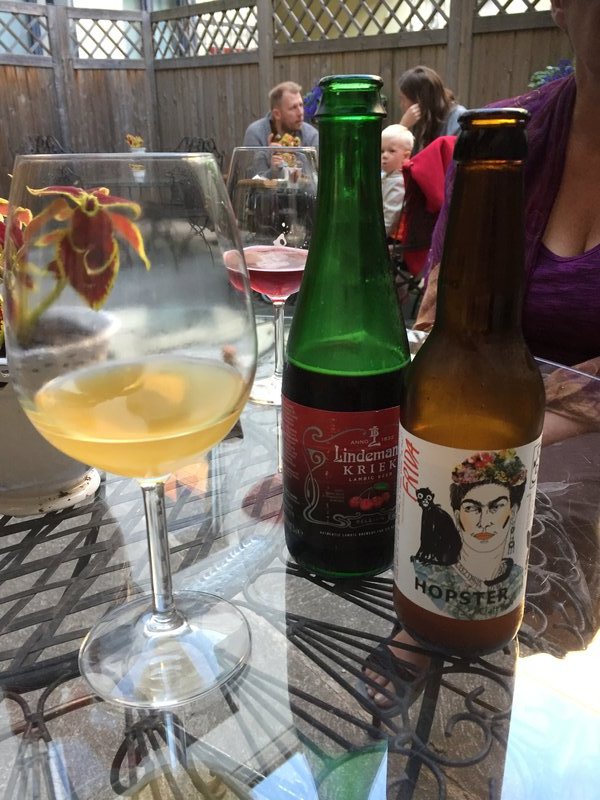 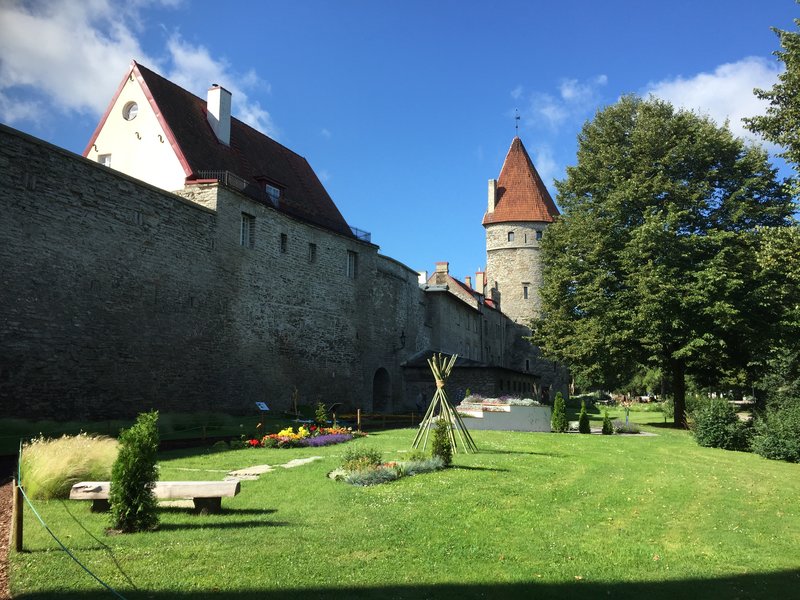 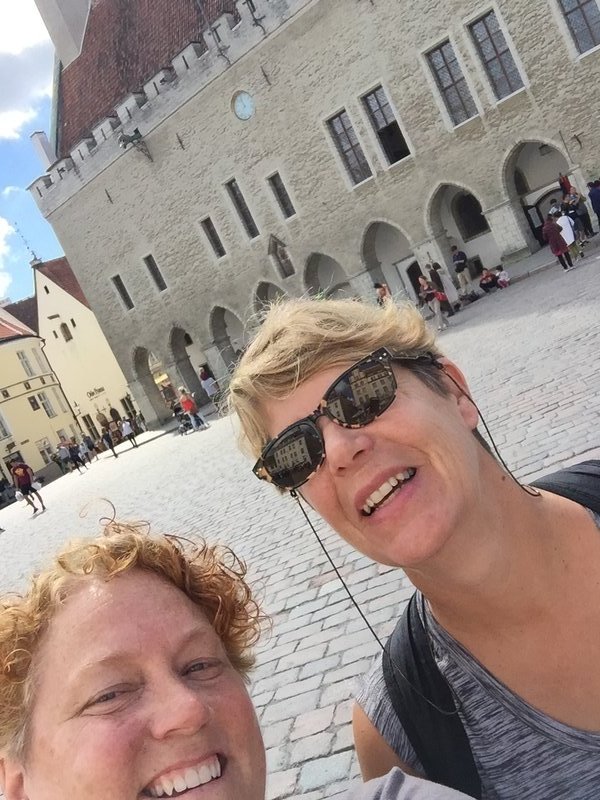 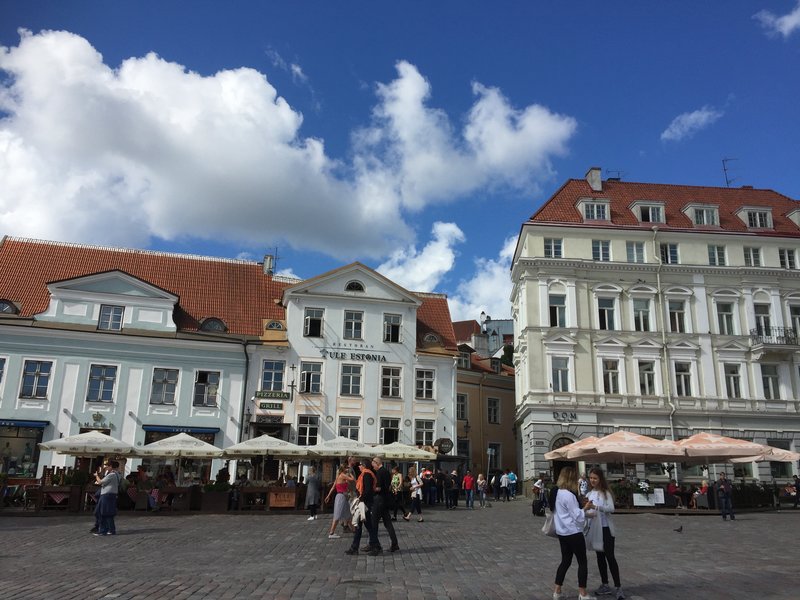 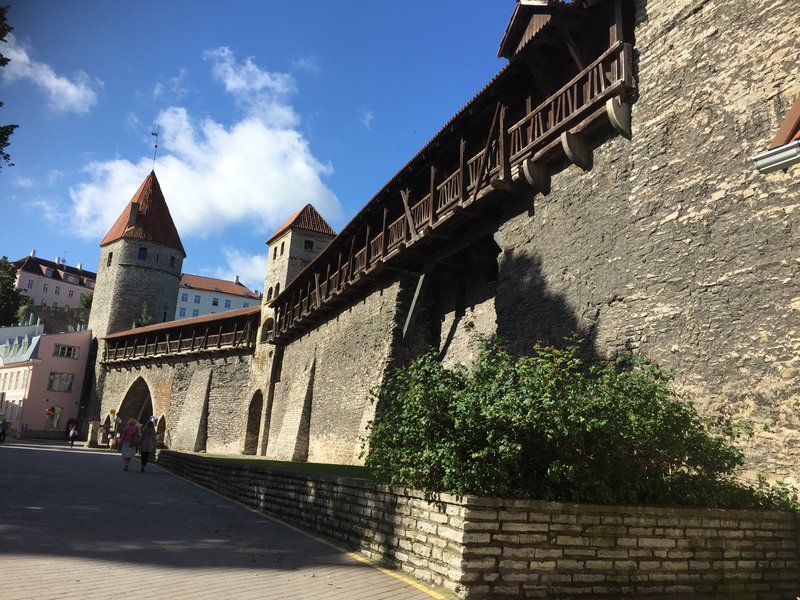 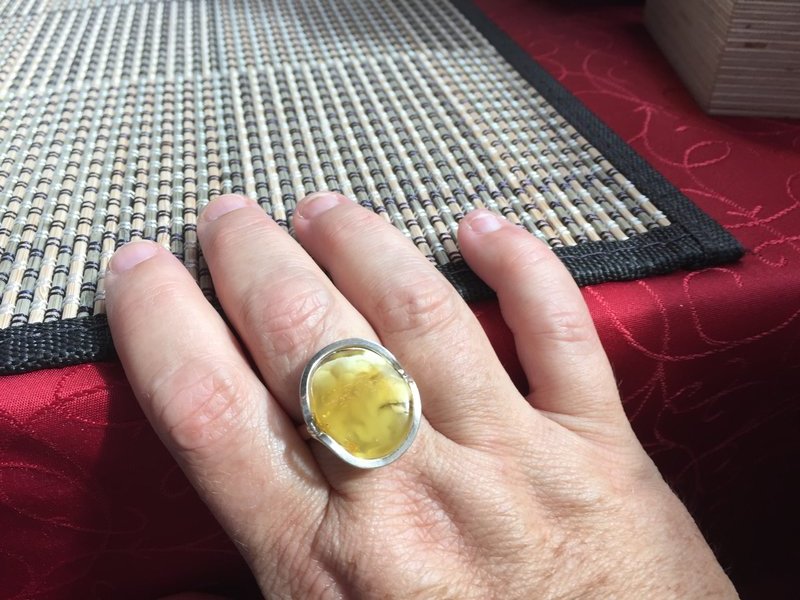 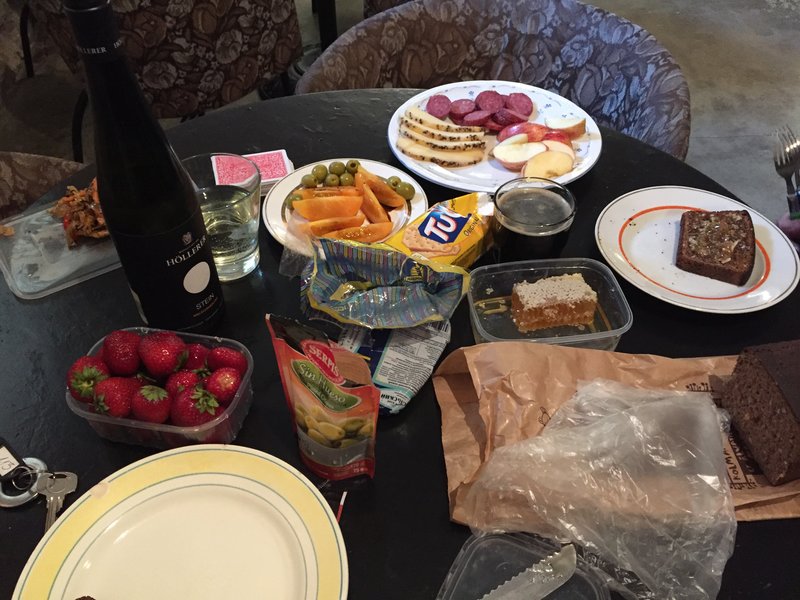 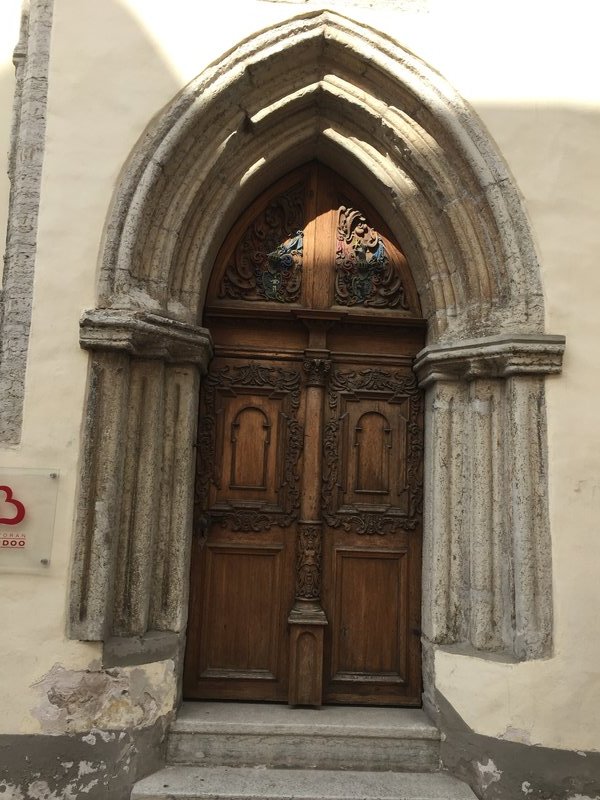 One of many beautiful doorways 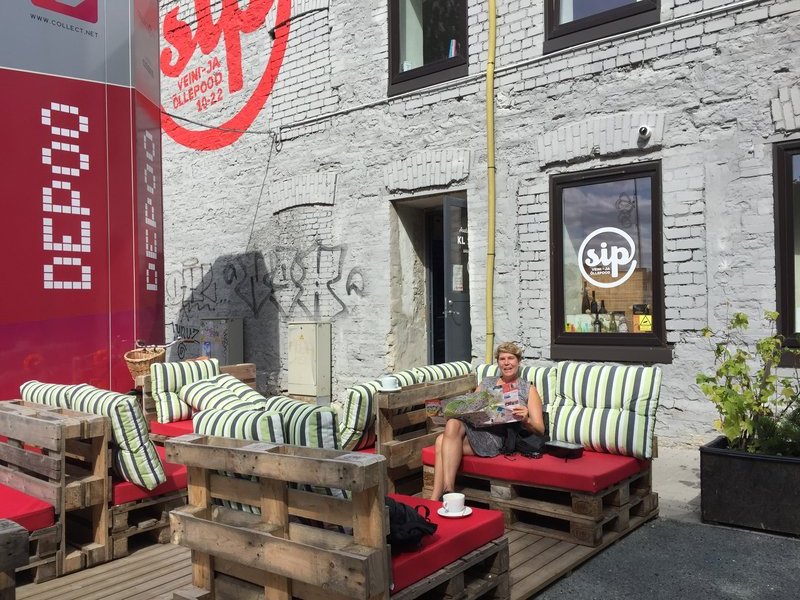 Searching out great craft beers and wine in the hipster area. 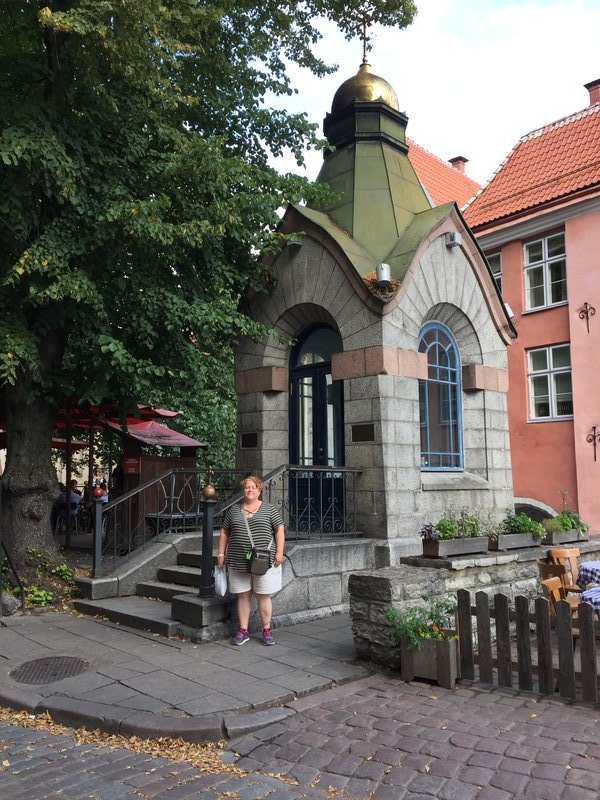 Kellie in from of great architecture 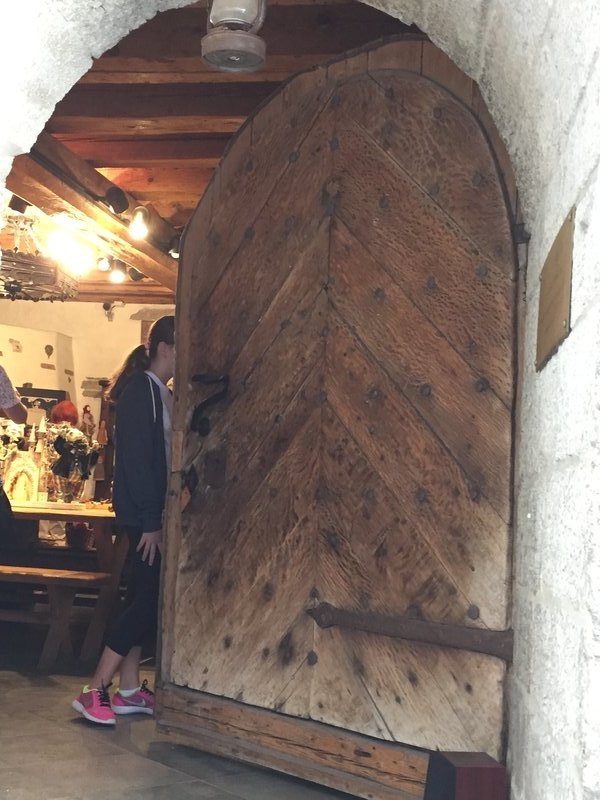 Another great doorway leading into a shop 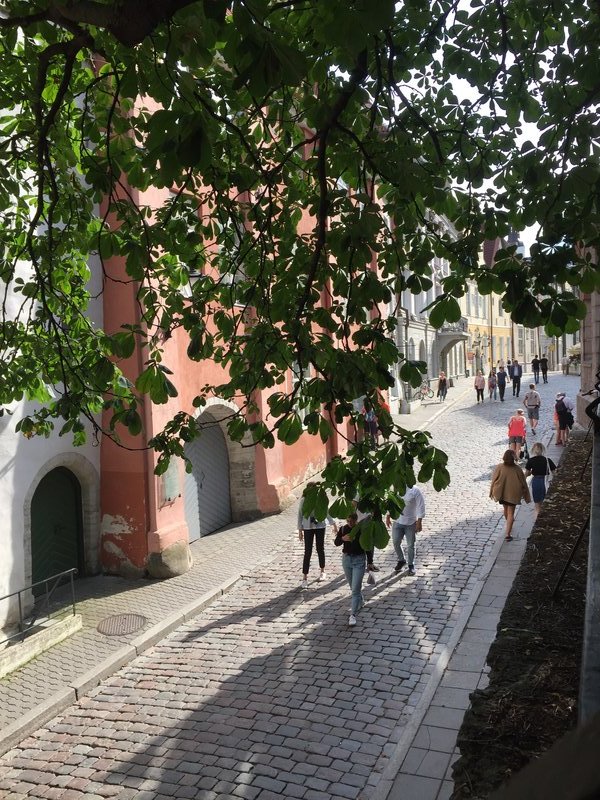 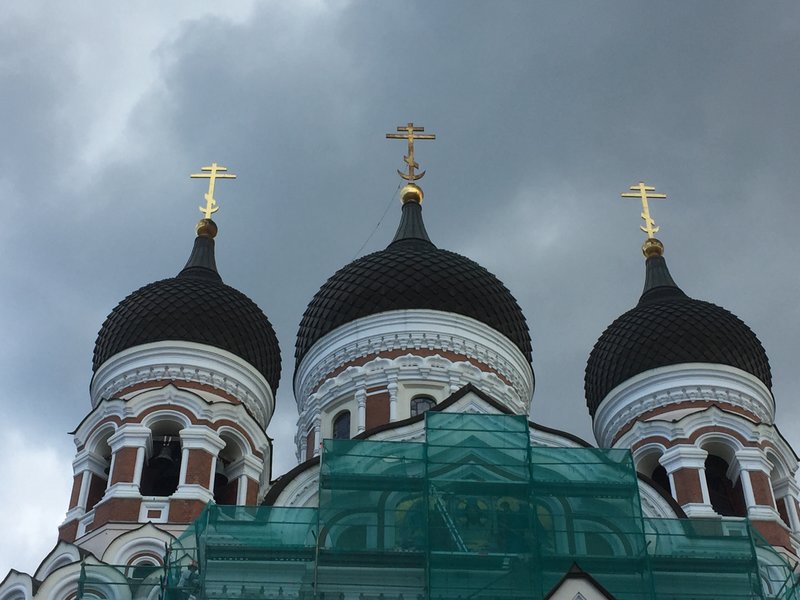 One example of domes in old town 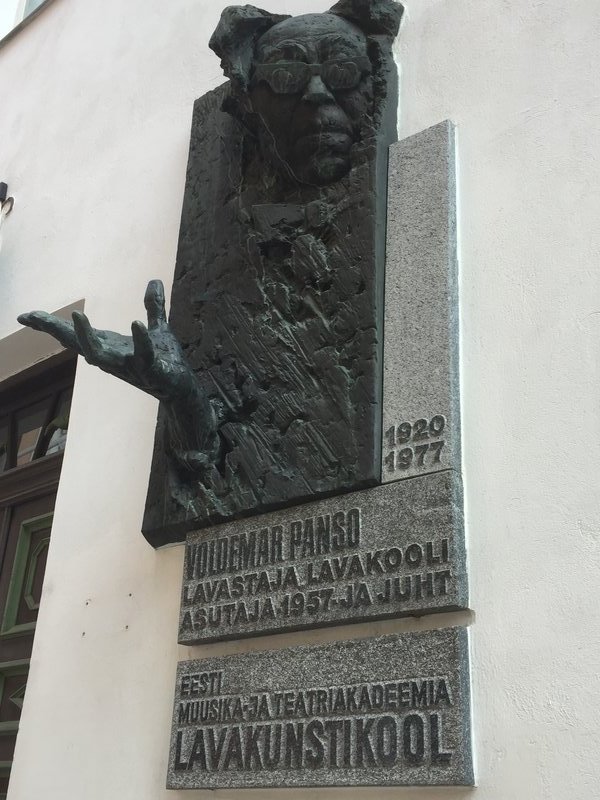 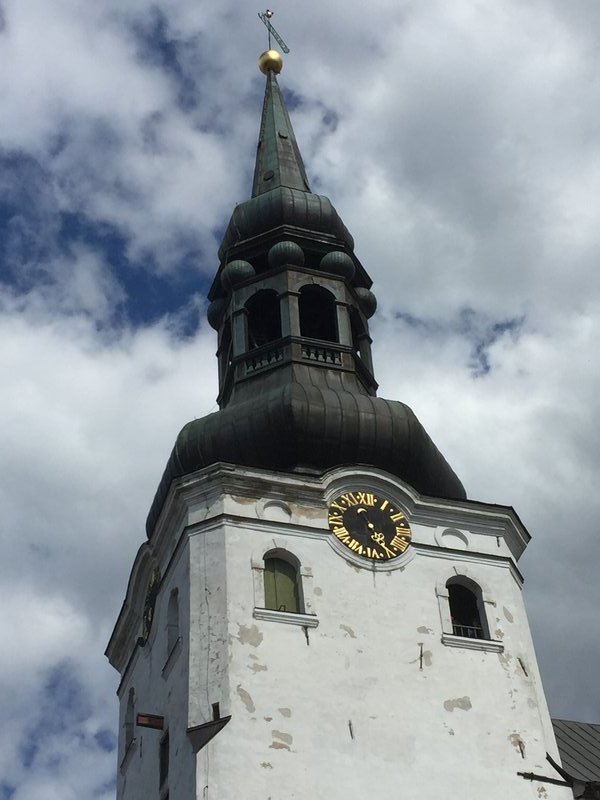 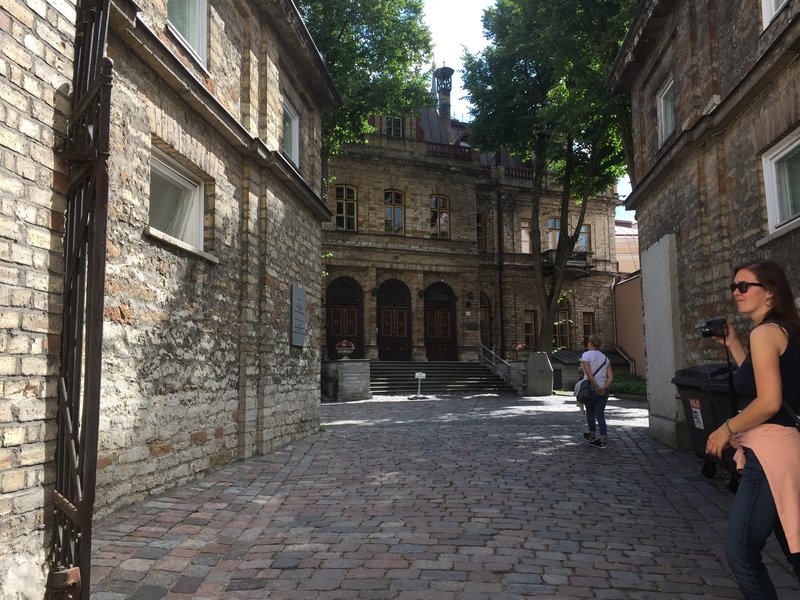 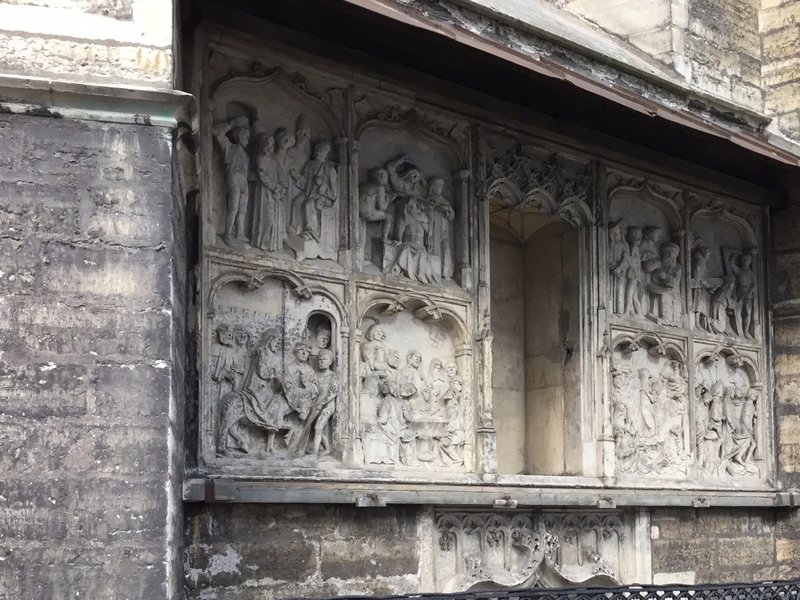 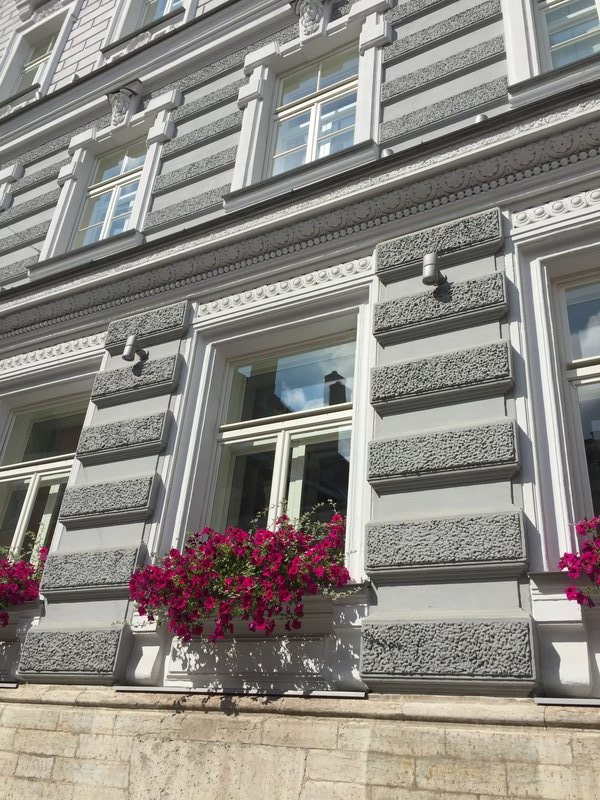 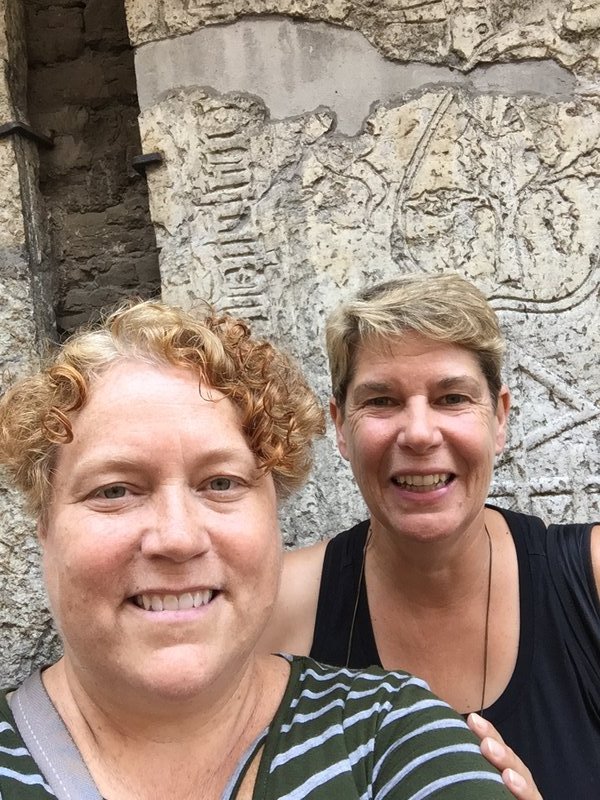 Kelshell selfie in from of tombstones several hundred years old 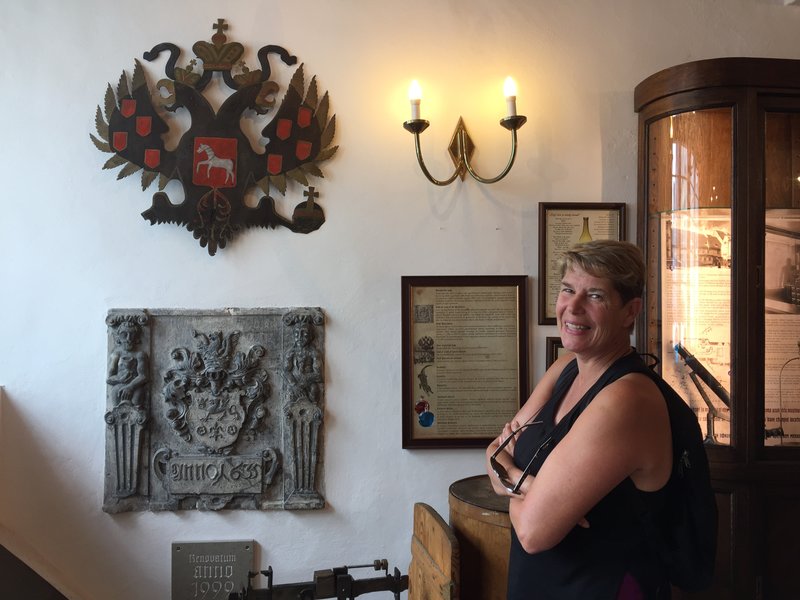 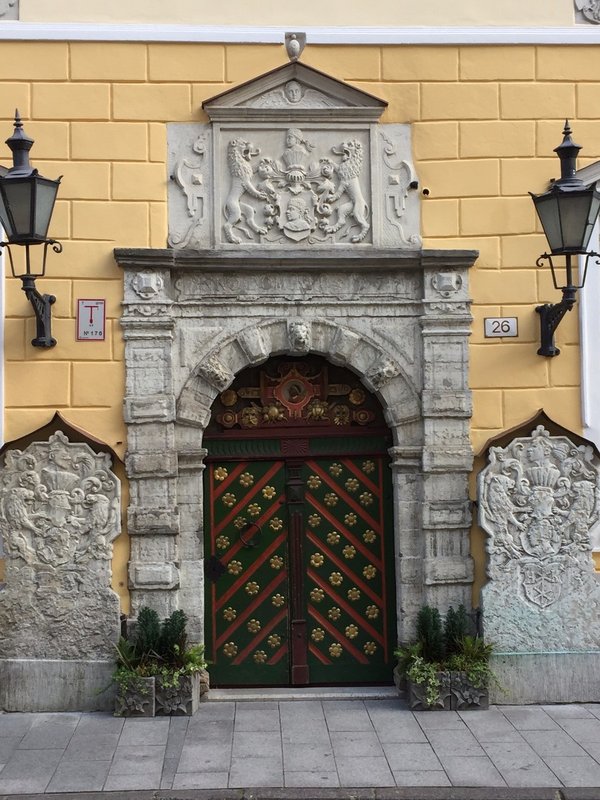 Posted by kelshell 22:38 Archived in Estonia

Previous Next Table of contents

Your trip sounds so amazing!!! Thanks you for all the updates and pictures...feels like I'm there with you sometimes. The Okanagan is extremely smokey and it's a bit tough to enjoy but also so grateful we aren't fighting fires here....we are so lucky!!

Tallinn was very beautiful Chris but quite cool weather wise. They said it was hot for them.

Hey Karyn, yes it is amazing! Thanks for your comment, I'm keeping tabs on your summer travels as well. Looks like you had a great time in the East. Take care.

Comments on this blog entry are now closed to non-Travellerspoint members. You can still leave a comment if you are a member of Travellerspoint.

If you aren't a member of Travellerspoint yet, you can join for free.